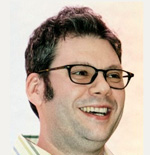 Ross Helford is a writer and teacher with over a decade working in the entertainment industry as a screenwriter. He holds an MFA in creative writing, as well as a Black Belt in Kenpo Karate. As an educator, in any given week, Ross works with students of all ages, from four to adult. In addition to having taught Sholem’s Vov class (9th & 10th grades) since 2006, Ross teaches and tutors across multiple subject areas including karate, music, Spanish, creative and essay writing, literature, and film studies. Ross is also a graduate of Sholem’s Secular Yeshiva, a bar/bas mitsve mentor, and is a certified vegvayzer. 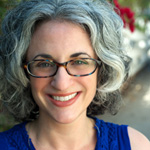 When Rebekka isn’t busy running Sholem’s parent/toddler program, Bagels ’n Blox, co-leading the Sholem School Klezmer Ensemble, or performing her duties as vice principal at Sholem, she is conducting psychotherapy in her private practice as a Licensed Marriage and Family Therapist or leading parent/toddler groups for Well Baby Center and the Cassidy Preschool. She loves making music with children and taught Music Together classes for three years in Santa Monica. Rebekka also teaches for Pepperdine University and Gerry Grossman Seminars, is a longtime practitioner of Kundalini yoga, and is a graduate of Sholem’s secular yeshiva and certified vegvayzer. A member of the Sholem faculty for over 10 years, Rebekka was drawn to Sholem because of her love for Yiddishkayt and passion for preserving Jewish cultural heritage in a personally meaningful and relevant way. She loves welcoming newcomers to the Sholem family, and enjoys introducing people to this unique community. Check out her musings on parenting and humanity at http://livingincaptivity.blog

Hershl has been Sholem’s education director since 1967. Between 1967 and 1985, he was also the school’s principal. He is a certified Secular Jewish vegvayzer who often officiates at weddings and other life-cycle events. Hershl holds degrees in Secular Jewish education and in Yiddish journalism, which he practiced as the first native-born Yiddish newspaper reporter.

A professional Yiddish/English translator and interpreter, he also serves on the Executive Board of the Congress of Secular Jewish Organizations (Sholem is an affiliate) and the District Committee of the SoCal Arbeter Ring/Workmen’s Circle, with which Sholem actively collaborates. In addition, Hershl directs the Secular Yeshiva, intensive classes in higher Jewish learning for those willing to make the commitment, as well as for those interested in certification as vegvayzer/madrikhot(im)/leaders. 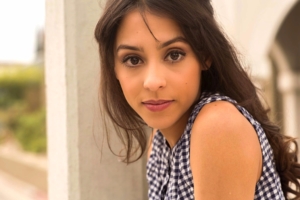 Gabriela completed her BFA in Acting from the American Music & Drama Academy. She then continued her higher education at the University of Southern California, School of Dramatic Arts where she received an MFA in Acting in 2016. As a professional actor she’s worked in film, television and the stage, touring internationally. She currently teaches at multiple performing arts schools including her alma maters, as well as The Stella Adler Art of Acting Conservatory. Her skills span across various mediums including: improv, puppetry, musical theater, dance, mask technique, and her personal favorite, movement technique/physical theater. Her love for storytelling and examining the human experience is what drives her. She is passionate about people and enjoys bringing creative exercises to the classroom in the hopes of offering an ensemble experience to her students. She is honored and excited to be joining the Sholem Community and looks forward to all that is in store for this school year! gabirosamond.com 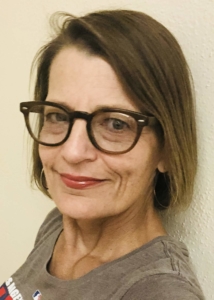 Merris has been in elementary education for over 25 years, as both a classroom teacher and grade level coordinator at Pacoima Charter School. She earned a Master’s Degree in elementary education from Cal State University, Northridge. When not at school, Merris enjoys watching the Dodgers, eating good vegan food, working out, and hanging out with her 2 cats, rabbit, and chinchilla! 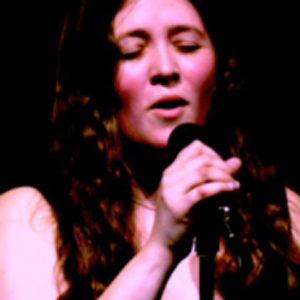 Sarah Melnick (née Van Sciver) is the Alumni & Family Assistant Director for CalArts, where she is responsible for fundraising, e-communications, event logistics and ticketing, and REDCAT membership and stewardship. Sarah has worked with many arts, culture, community, and education organizations and runs her own music business as a composer, songwriter, arranger, performer, educator, recording engineer, and sound designer. She received her M.F.A. from CalArts, B.A. from the University of Pennsylvania, and Professional Certificate from Berklee.

Katharine Collins taught nine to 10-year-olds at Sholem between 2008-2011 and is returning after a seven year absence. During that time, she got her teaching credential and taught English for five years: three at Santa Monica High School and two closer to home at Birmingham Community Charter High School working with at-risk students. This year, while remaining at Birmingham, she made the switch to teaching chemistry. In her spare time, Katharine enjoys traveling, especially in Europe, reading, and writing fiction. She is currently in the process of writing a science-fiction novel. 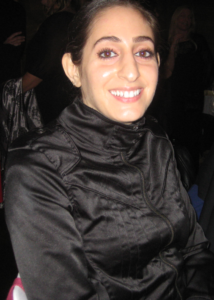 Adrienne is a sociolinguist and educator. She received her BA degree in Psychology and MA degree in Applied Linguistics from UCLA, as well as her MS degree in Linguistics from Georgetown University. She is currently a doctoral candidate in the Department of Linguistics at Georgetown University where she investigates interactions involving individuals with neurological disorders. She has over a decade of teaching experience with students from varying backgrounds and believes that teaching and engaging with her students involves facilitating excitement about learning, a focus on learning as a journey, and an attentiveness to the whole person. 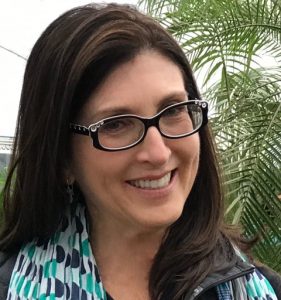 Linda has been a dedicated Sholemite from the third grade on, as a student and graduate of the Sunday school, then, returning as a Sholem parent, active on many committees. For the last couple of decades, she has also been Sholem’s music coordinator. In addition to her involvement with Sholem, she has worked as a singer (classically-trained, performing in a variety of genres), as a music educator and children’s performer, with regular and specialized programming at local independent children’s bookstores, schools, colleges and other venues, that include musical storytelling, classes and specialized workshops, along with music-in-the-classroom training workshops for pre-school teachers, and guest artist performances and workshops at literacy programs in schools around the Los Angeles area. She is a former music director, teacher and board member for WILPF Peace Camp, a project of Women’s International League of Peace and Freedom. For the last several years she has been a technique teacher at the Will Geer Theatricum Botanicum, specializing in Elizabethan Song, and over the years has performed in a number of plays and musicals locally, including readings of new original musicals.

Ruthy Seid is a third generation Jewish secularist as well as a Valley Kindershul and Mitlshul graduate. She has taught music at Sholem since 2000. Her day job is as a librarian with the Los Angeles Public Library. 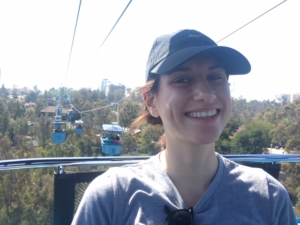 Hey I’m Corry! I served in the Israeli Army as a combat search and rescue soldier for 2 years and I am currently working on my bachelors degree in sociology. My plan upon graduation is to apply to grad school for social work. I love dogs, chocolate, and being involved in the loving and embracing Sholem community!
Scroll to top Do NOT follow this link or you will be banned from the site!